Works commenced on the Mayfair Library

Kilkenny County Council is delighted to announce that Duggan Lynch Ltd will commence works on behalf of the Council on the development of the new City Library at the former Mayfair Ballroom on the Abbey Quarter site in Kilkenny City in the coming weeks.

The construction contract will be for a duration of 15 months. The new library will be an important feature in the City and will offer services and facilities which include dedicated areas for children, teenagers and general leisure reading, computer and study areas, meeting rooms and exhibition areas.

Welcoming the commencement of the works, Cathaoirleach, Cllr. Fidelis Doherty said: “This Project, when complete, will provide a modern library facility in the heart of the City with My Open Library technology facilitating extended hours of access for the people of Kilkenny City and County to enjoy for years to come”.

Funding in the sum of €4.695M for the project has been received from the Department of Rural and Community Development with matched funding of €1.44M from the Council’s own resources.

The Mayor of Kilkenny Municipal District, Cllr. Andrew McGuinness, also welcomed the start up of the Project, saying:  “This is an exciting time for the City as we see a landmark building like the Mayfair that holds a lot of memories for the people of Kilkenny redeveloped into a new state-of-the art Library for Kilkenny.”

In addition, the redevelopment of the Mayfair Building includes the completion of the landscaping works to Horse Barrack Lane and the development of a pedestrian plaza area between the building and Parliament Street.  The new library facility is expected to open early in 2023.

As works on this project will commence shortly, the Council advise that the public carpark in Irishtown near the Abbey Quarter site will cease to be a public carpark with effect from Monday next, 18th October, 2021. The Council is delivering this project to provide a modern and contemporary Library facility for the people of Kilkenny and apologises for any inconvenience caused by removing this carpark from use. 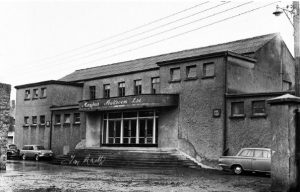 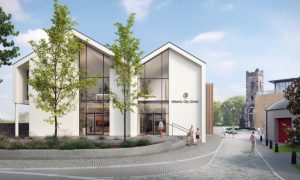 Hundreds of local job opportunities at #CareersKilkenny this Christmas